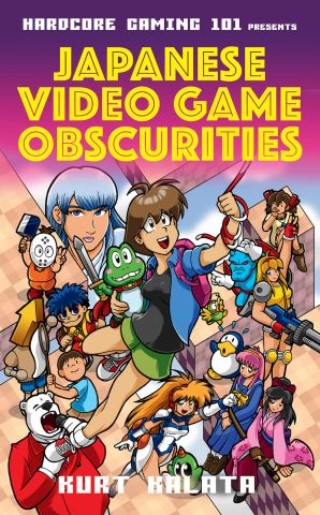 Japan has produced thousands of intriguing video games. But not all of them were released outside of the country, especially not in the 1980s and 90s. While a few of these titles have since been documented by the English-speaking video game community, a huge proportion of this output is unknown beyond Japan (and even, in some cases, within it).

Hardcore Gaming 101 Presents: Japanese Video Game Obscurities seeks to catalogue many of these titles – games that are weird, compelling, cool or historically important. The selections represent a large number of genres – platformers, shoot-em-ups, role-playing games, adventure games – across nearly four decades of gaming on arcade, computer and console platforms. Featuring the work of giants like Nintendo, Sega, Namco and Konami alongside that of long-forgotten developers and publishers, even those well versed in Japanese gaming culture are bound to learn something new.